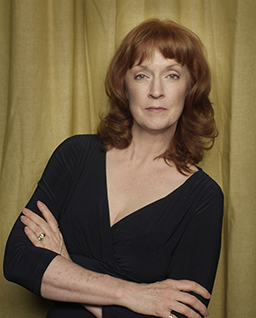 Amanda was born and raised in Florida…not "new" Florida but "old" Florida back when it was still considered "Southern," on the Space Coast. Her father was an astro-physicist and her mother ended up being the uber-volunteer by writing, producing and directing children in plays and musicals in the local elementary and high schools. It was an interesting childhood.

In her last year of Jr. High, Amanda convinced a school friend to be her dance partner for the talent contest doing the Charleston. They won! And in the ensuing years, Amanda continued to dance through college in Florida State's Theater Department earning her BA and wound up at Walt Disney World in the character department doing parades as a performer and one night, becoming a "princess." You will have to ask her about this one!

A stint in the local dinner theater and practically living at Orlando Civic Theater, Amanda began doing make-up professionally in over 2000 headshot sessions and some 60 theatrical productions, eventually joined the union and day checked on "Parenthood" and worked doing commercials and print. She got her cosmetology license to do hair and became somewhat of a wig master. Those skills landed her a job on a film in Mobile, Alabama and in a few years and some four indie films later Amanda made the move to Los Angeles.

She had decided fairly early on that she needed to become a producer but it took more than a few years to make the switch. By that time, she and Wes were married and collaborating on all kinds of odd jobs in the industry from making props to writing and working on all kinds of sets in all kinds of crew positions.

For the past 13 years, Amanda has been a reenactment segment producer for "Sid Roth's, It's Supernatural" whose audience has grown to over 5.7 million viewers a week and birthed a viral video of a reenactment segment to 9 million views. She is excellent at helping to develop scripts and projects plus advises and partners with other writers and producers on their projects.

Blast from the Past!